Sorry guys but if you have been waiting to see Jessica Biel in her new stripper role in Powder Blue you just won’t be seeing it in the cinemas anytime soon. Her new movie wasn’t able to make the cut and instead will be released on DVD this June. That means that not only won’t you be seeing her skin on the big screen but you’ll have to wait a month to buy a copy and enjoy it in your own homes.

The movie is supposed to be more than just a Jessica Biel stripper movie and the plot promises a whole lot more but it makes us wonder why it still wasn’t good enough to make it to the big screen. Other disappointed cast members of Powder Blue include Patrick Swaye, who plays the part of a sleazy club owner; Redmayne, a mortician head over heels for Biel’s character Rose Johnny; and Forrest Whitaker, a suicidal ex-priest. Luckily Whitaker, who’s also a producer of the film doesn’t feel suicidal over the movie being snubbed.

Hopefully Jessica Biel’s career will start faring as well as her love life is although right now even her next movie doesn’t seem to be making waves this early. In case her career doesn’t pan out well at least she has a fall back plan because according to Cher Tippetts of Entertainmentwise, “Jessica Biel has all the necessary requirements to become a real-life stripper, according to the woman who trained her in the art of exotic dance…should the Hollywood roles ever dry up, which could be a real possibility following Powder Blue.” Oh well, I bet she’ll have the last laugh. 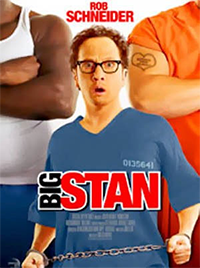