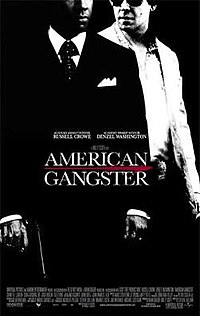 Denzel Washington revealed that he developed a real respect for Harlem heroin kingpin Frank Lucas during the filming of American Gangster, set to hit the big screen this Friday. While Washington knows that Lucas had blood on his hands — responsible for hundreds of deaths — but felt he was a “product of his environment.” The druglord had turned to crime after witnessing his cousin’s murder by Ku Klux Klan members.

The movie will document Lucas’ rise to power, his remarkable charisma, and the intricate and colorful eventsthat make his story so compelling — even to Washington and the cast members of “American Gangster.”