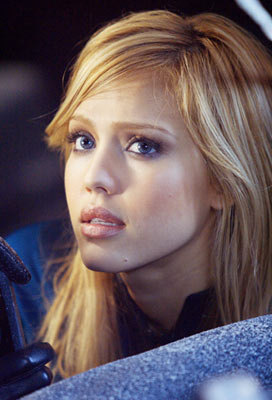 23 year old Jessica Alba did just that, in my humble opinion, when she told Cosmopolitan magazine: “I just wanted to see what it was like to be with different people. I don’t think a girl’s a slut if she enjoys sex.“I could have a one-night stand, and I’m the kind of girl who looks over in the morning and is like, ‘Do you really have to be here?’ I don’t need to cuddle and do all that stuff because I know what it is and I don’t try to make it more.

“I feel like a lot of women try to make it into more, so they don’t feel so bad about just wanting to have sex. I don’t really have a problem with just wanting sex. Never have.

“Even when I was a virgin and wanted to marry the first guy who I slept with, I never passed any judgments about that. But now I’m done with dating around.”

Just for the record, I don’t think a girl is a slut if she enjoys sex either…just if she enjoys with with a bunch of random guys she doesn’t know on a regular basis….