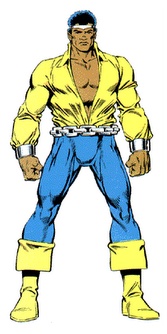 Gibson is very enthusiastic about the project.  When asked why he wanted to play the “Hero for Hire” he replied: “I just love his presence, and I love the fact that he’s one of the first black comic-book characters. I’d like to make the comic-book world proud with what I’m looking to do with Luke Cage. So hopefully the opportunity all pans itself out. Me and Singleton are both looking to be a part of it, if the screenplay turns out right. I met with [producer] Avi Arad, and he’s very excited about the possibility. But you can’t do a great movie without a great script, and the ducks have got to line up.”