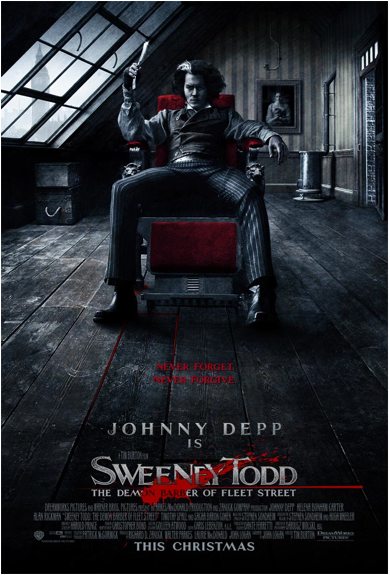 With Tim Burton’s Sweeney Todd: The Demon Barber of Fleet Street only days away from opening, anticipation for the movie is reaching fever pitch. Everyone is talking about the movie and this early a lot of people are saying that it is going to be one awesome experience.

For those who can’t wait for the film to open in theaters, here’s a treat. the opening title sequence for the movie has been made available online. Burton is known for having some of the coolest title sequences and this is no exception.

Check it out here.

One of the most eagerly awaited December movie openings is the sequel to 2004’s Aliens vs Predator. The sequel, entitled Aliens Vs Predator: Requiem continues where the last movie left off — the ship that contained the predators and the infected predator corpse crash lands in a town in Colorado and the Aliens start the infestation of the town.

There are two reasons this sequel is hotly anticipated. First, unlike the first movie, this one will have an R rating so people are expecting really gruesome scenes in this outing. Second, and most crucially, this movie will mark the debut of the Predalien, the cross between a predator and an alien. This could well be the most lethal alien yet. Just look at the stills. It is one baad looking alien. 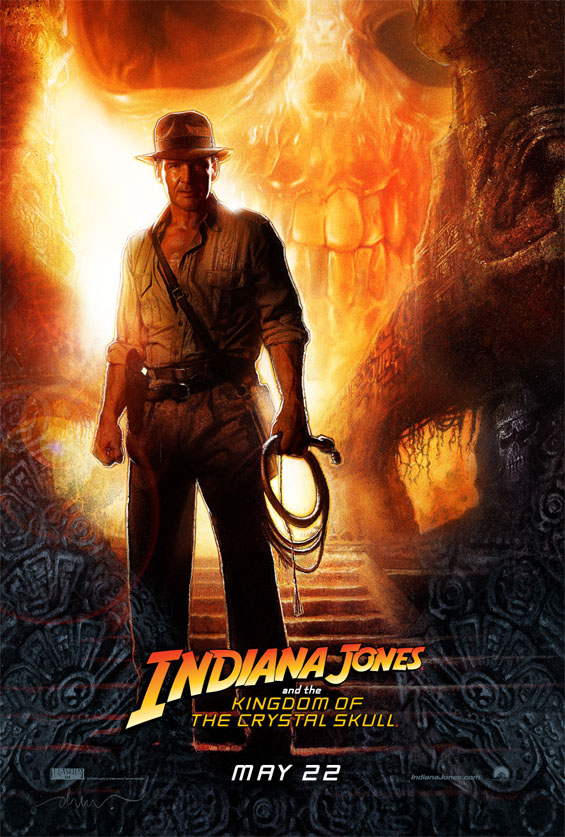 Few movie marketing efforts really excite me. I’ve become too jaded and hardly anticipate anything. But this poster, the first official item to come out for the fourth Indiana Jones sequel.

The poster is a real bad-ass and even follows the themes set in the other previous Indiana Jones movies. The poster is made by long-time Lucas Arts artist Drew Struzan.

Don’t you feel the excitement slowly seeping in? It’s a new Indiana Jones movie and it’s just a few months away!

I am a huge fan of B movies. I am also a big fan of monster movies. Point me to a movie that has that b-movie shlock or an intriguing monster and Iâll surely be there in a flash, ready to devour whatever celluloid offering is served to me.

One of my most cherished movie memories in my childhood was watching Larry Cohenâs Q: The Winged Serpent. Q was my first taste of an over the top plot and also my first glimpse of the infinite possibilities of urban fantasy. Of course, Q was first and foremost a monster movie. Qâs premise was quite exciting for a young boy â a giant flying serpent that lives undiscovered in the skyscrapers of New York City (the Chrysler building to be exact) and who only gets discovered when it starts eating sunbathers. It sounds a bit silly but it is exactly that kind of b-movie-ish absurdity that makes it such a fun film to watch.

You can just imagine how excited I was then when I found out about Dragon Wars: D War. In a forum that usually visit, some of the members were hotly anticipating the movie (which should have been red flag for me, come to think of it). I checked out the teaser trailer for the movie and it really intrigued me. Dragons in a modern day city?! A dragon snaking its way around a skyscraper?! Delightful memories of Q came flooding back. This is one movie I wonât miss.

And I didnât. I did watch Dragon Wars: D War.

And to say I hated it is an understatement.

Dragon Wars: D War is so bad that I donât even know where to start to point out how bad it is. Although the concept on paper was good the actual implementation of that concept is just so atrocious it is wonder this movie still got made. I knew that I was going to watch a bad movie 10 minutes into it. Any writer who decides to use a flashback in order to tell another flashback is not only lazy, he is also unimaginative. And that is what I saw. The main character, Ethan, investigates a strange artifact that was found in a construction site and it triggers a flashback to when he first saw a similar artifact. This is where Robert Forster comes in, and upon meeting the young Ethan, Jack (Forsterâs character) then proceeds to tell another story through another flashback. Itâs a flashback within a flashback, really. And it is unforgivable. The flashbacks also give you a firm idea of how schizophrenic this movie is. I really thought at first that Dragon Wars was going to be an urban fantasy slash monster movie. But director Hyung Rae Shim decided to use this movie as a virtual playground where he can bring to life all of his childhood dreams and fantasies. What you get in the end is a movie that has wuxia, sword and sorcery, Asian fantasy, urban fantasy and sentai elements into the mix. Monster movie indeed, this movie is like Frankenstein, a film awkwardly brought to life by putting together disparate genres without any rhyme or reason.

If the way the movie was directed was awkward then wait till you hear the script. A few minutes into watching the movie I muttered to myself, âI bet the guy the wrote did not grow up speaking English.â And I was right because Director Shim also wrote the script. And the reason for the comment? Every single line is so clichÃ©d like you wouldnât believe. Itâs like he watched all of the Hollywood movies that he could find and picked all of the memorable lines and scenes and plastered it throughout his concept for Dragon Wars. Believe me when I say each line was so painful to hear. It sounds so unnatural.

And speaking of unnatural. The actors definitely acted like zombies. Jason Behr is a competent actor and Robert Forster even got an Academy Award nomination for Jackie Brown, but in this movie itâs like all of the will and talent were sucked out of their bodies. What you are left with are robotic actors who acted as bad as the actors in those Power Rangers TV shows.

If you have a bitter enemy, give him a copy of this movie. Itâs the ultimate revenge. 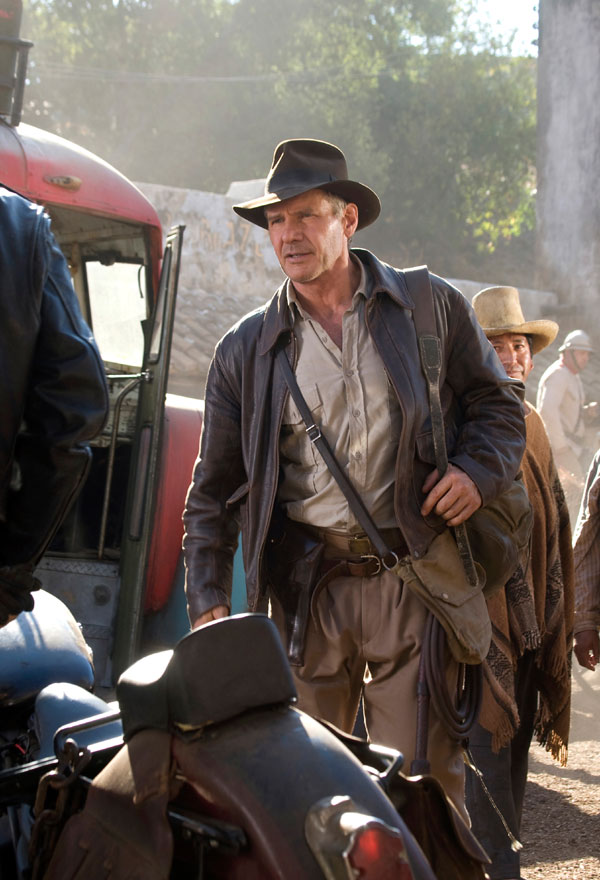