One of our sister sites, Forever Geek has a review up on a “sci-fi” action movie called Next, starring Nicholas Cage.

The premise is such that you might feel a little  Deja Vu‘d about, with Cage playing a stage magician that can see the future, though only two minutes ahead, and pretty much only things directly effecting his own life.

Here is a quick bit from the review:

This is a speculative fiction/action movie hybrid flick that really harkens back to the good old days of action movies. In a lot of ways it reminded me of early Bruce Willis action movies, or the best of the Van Damme and Segal flicks from the 80s. There is a stereotypically strong female FBI agent played by Julianne Moore, a hot chick who is ready to jump in the sack after meeting a stranger no more than 4 hours before played by Jessica Biel, and we even have the stereotypical foreign bad guys…and it’s a nice mix of foreigners too…but we know they’re evil…because they don’t speak English. All the staples of an 80s action flick are here…except the ending.

In the end Michael gives it a B rating. 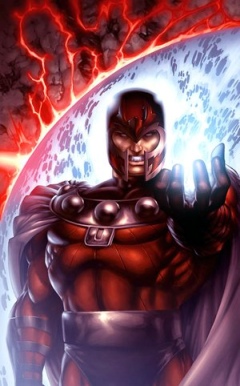 I had to laugh when I read this article on BBspot, as I have acted in a quite a number of plays when I was younger, and Ialways ended up being either one of the characters that died, or one of the characters that killed someone. I don’t know what that says about me as a person, but here is a list for you actors out there, or those that think they might get sucked into a movie ala Stay Tuned.

You are wearing a red shirt.
You announce that you’re going to retire, right after you finish this case.
You decide to stop following the hero and take a different route.
You declare “everything is safe” then step out from your hiding place.
You’re playing Jesus.
All your bullets miss the hero, even at point blank.

Thankfully, I haven’t come across any of these signs in real life. If you have any others, I’d love to hear them. I will leave off with one more made up by me, if the only place you can hide is in a bathroom, you are probably going to die.