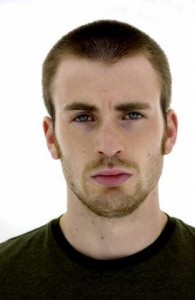 Chris Evans is making some really interesting career choices lately. The Hollywood star got a big break snagging the role of Captain America. It’s such a huge opportunity that will definitely open new doors. Evans is parlaying this new influence in Hollywood not by getting the usual and boring big-budgets – although he already has that with the upcoming Avengers movie, a part of the deal for getting Captain America – but by getting into a small movie that has a killer creative team.

Evans is currently in negotiations for a role in Snow Piercer, a movie that will be directed by The Host director Bong Joon-ho. For those of you who still don’t know about The Host, it’s a Korean monster movie that redefines the “monster on the loose” genre. Think Godzilla, only with humor, drama and action all spliced together.

Snow Piercer is about a group of travelers trapped inside a train amidst a hostile environment of snow and ice. The travelers try their best to survive amidst this obvious challenge. But things start to deteriorate in the train as well as they start turning on one another.

To give more weight to Snow Piercer, the script was written by Bong Joon-ho with another one of Korea’s best directors, Park Chan-Wook, who is most known in the US as the director of Old Boy.

Filming for Snow Piercer is set to begin this March in Prague.

There’s no word on what exactly Evans will be playing if he locks in a deal, but if he does sign on, he’ll report to the Prague set in March to start shooting.