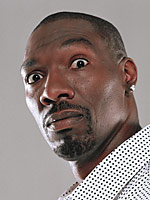 Frakenhood, the first film from Morgan Gendel, Jeremy Littman and ex-Wall Streeter Jonas Littman’s Anvil Studios banner, has been picked up for distribution by Lionsgate according to the Hollywood Reporter.

The story centers on two morgue attendants who enlist the aid of a large corpse who has been brought back to life by a mad scientist to  win a streetball tournament.  This comedic gem that is sure to becoming a well loved comedy classic stars DeRay Davis, Charlie Murphy and Jasper Redd.

It is the directed by the ever respectable, and ever ingenious, Blaxwell Smart.

No…I am not making any of this up.