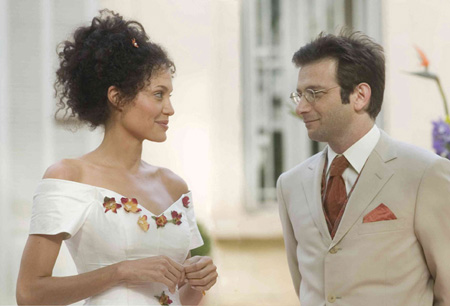 Finally, we have the movie trailer for the Angelina Jolie film A Mighty Heart, check it out here.

A Mighty Heart is the film about kidnapped & murdered Wall Street Journal journalist Daniel Pearl  & his wife Marianne.  Jennifer Aniston was reportedly lined up for the film which was produced under Brad Pitt’s production company.  But then there was that big Hollywood split & it looks like Angelina got the role.