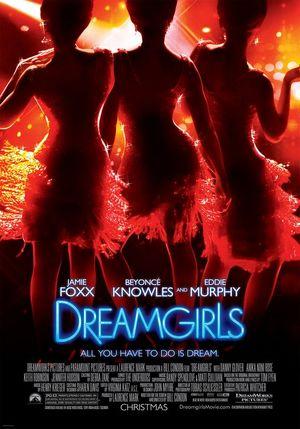 Well, this week is all over big because of the Dreamgirls DVD release.  I know you more than likely pre-ordered your copy like a month ago, but that won’t stop me from telling you all about it anyway.

The 4400: The Third Season
Alpha Dog
Beverly Hills 90210: The Second Season
Dinosaurs: The Complete Third & Fourth Seasons
Dreamgirls
Fletch
The Girls Next Door: Season Two
Happily N’Ever After
The Hitcher
Little Children
Melrose Place: Second Season
An Officer And A Gentleman
The Sandlot: Heading Home
What I Like About You: The Complete First Season
Who the #$&% is Jackson Pollock?
Will & Grace: Season Six

So, as you can see Dreamgirls pretty much saves this week from being an absolute DVD release failure.