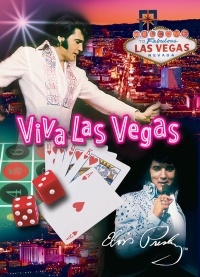 Las Vegas has served as the backdrop for dozens of films, some fabulous, some flops. Whether the city appears in a starring role or merely as a supporting player, one thing is certain: Las Vegas always steals the show.

The chemistry between Elvis and Ann-Margaret is even hotter than the Nevada desert. This popcorn musical gave Vegas its signature theme song and it gives us a view of a Vegas that’s gone – but not forgotten.

Mobster Bugsy Siegel (Warren Beatty) is a bad man with a big dream. He gambles on the Flamingo Las Vegas Hotel becoming a brilliant success and loses. Snappy period dialog and costumes enliven this look at the birth of Sin City.

Yet another film about the mafia’s ties to Las Vegas, this film is not feel-good fare. Despite a healthy dose of violence, the explanation about the inner workings of the casino system in the first half is more than worth the price of admission.

This remake of the 1960 classic manages to be even more cool, hip and classy than the Rat Pack original. Danny Ocean (George Clooney) is out for revenge. He assembles a team of criminals to pull off the crime of the century – a $150 million casino heist. The planning scene is priceless.

Is bad luck contagious? In Las Vegas, the casinos certainly hope it is. Bernie Lootz (William H. Macy) makes his living “cooling” gamblers on winning streaks with his bad luck until he finds himself lucky in love – and everyone in Vegas knows how long that lasts. 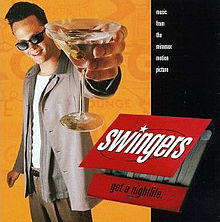 Trent (Vince Vaughn) exudes classic Rat Pack-era Las Vegas cool even during the scenes filmed in Los Angeles. His classic tagline “You’re money, baby!” could be applied to Vegas as well. Except Vegas knows it.

Jack Singer (Nicholas Cage) is a man who’s afraid to marry his fiancé – until he loses her in a poker game with a professional gambler. The climactic scene features a team of skydiving Elvis impersonators. What’s not to like?

Johnny Depp stars as Hunter S. Thompson in this psychedelic adaptation of Thompson’s novel/memoir of a drug- and alcohol-fuelled adventure in the city that never sleeps. Not for the faint of heart, this film is a cautionary tale about what not do in Vegas. Or anywhere else, for that matter.

Four friends go to a stag party in Las Vegas. What could go wrong? The answer: Everything that possibly can, including run-ins with a tiger and Mike Tyson. This raunchy comedy is unbelievable and over-the-top – just like Vegas.

No list would be complete without what may be the worst Vegas movie ever made. Undeniably bad, unintentionally funny, this foul frolic does give the viewer an inside look at some of the more popular gentlemen’s clubs of the era.