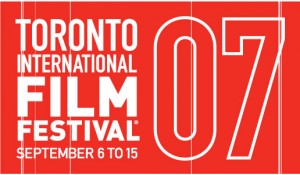 Moneyball: While the movie itself may not sound like a must-see unless you’re an Oakland As fan or own every season of the West Wing on DVD, Brad Pitt’s performance in Moneyball as baseball general manager Billy Beane has generated considerable buzz. Some TIFF insiders are lobbying hard for a Best Movie nod. Directed by Bennett “Capote” Miller and scripted by the indomitable Aaron Sorkin, Moneyball – which also stars Capote’s Philip Seymour Hoffman and Get Him To the Greek’s Jonah Hill – goes into wide release on September 23 at many theaters near you.

50/50: Regular Tuesday night TV viewers watched Joseph Gordon-Levitt grow up before their eyes and arguably, he stole Inception from the scenery-chewing Leonardo DiCaprio. 50/50 represents the charismatic actor’s first important starring role and by all accounts, he is authentic, touching, moving, inspiring and everything else you would want the hero of a movie about a young man with cancer to be. But a movie about a young man with cancer? Frankly, in economic times as tough as these, when everybody’s got their own problems, it’s a tough sell.

Salmon Fishing In Yemen: Swedish film director Lasse Hallström has a secret agenda and that secret agenda is food. Just look at the titles of some of his previous movies: Chocolat. What’s Eating Gilbert Grape? The Cider House Rules. Now he brings us Salmon Fishing In Yemen about an attempt by a civil servant (Ewan McGregor) to introduce salmon fishing to the Mideast and the bitchy news executive (Kristin Scott-Thomas) who exploits him for some heartwarming filler. If the premise sounds unlikely, that didn’t seem to matter to the TIFF audience who gave it a standing ovation. Who knows? Maybe Salmon Fishing In Yemen can become next year’s The King’s Speech.

You Betcha: Toronto is probably the most progressive city in Canada, a nation well known for its progressivism. (We know Vancouver residents will have some issues with this pronouncement, but hey!) So for the first hour at least, why Brit filmmaker Nick Broomfield decided to premiere his documentary on Tea Party darling Sarah Palin at TIFF remained a mystery. Broomfield appears to be quite charmed by Palin when he asks at a book signing whether he can interview her. Her reply is the film’s title. But Broomfield never does get to meet Palin; instead, as he circles ever closer to his subject, interviewing classmates, relatives, pst coworkers and former campaign loyalists, he uncovers a portrait of a vengeful woman whose vindictiveness would put Medea to shame. Somewhere in Arizona, Senator John McCain is smiling.