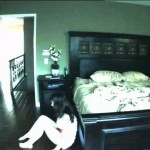 With Paranormal Activity raking in millions — $151 million, to be exact — It’s almost a given that a sequel will be made, never mind that movies like these were not really made to have a sequel.

According to reports, a sequel is already being prepared and Kevin Greutert, the director of Saw VI. Michael Perry will be writing the script.

The sequel looks like it’s also going to be a quickie production with Paramount eyeing October 22 — OF THIS YEAR — to release the movie. Oren Peli, the director of the original movie, will be the producer, along with Jason Blum.

Peli has reassured fans of his movie that the guys who are going to make the movie “get it” and that fans will not be disappointed. We’ll really have to try to take that with a straight face. If you guys remember, another super low budget independent horror movie made with a shoestring budget made millions when it was released, which prompted people to release a sequel that sucked so much it killed the whole “franchise.” That movie was The Blair Witch Project. Good luck on these guys and their delusions.