Nominated as “America’s Funniest Man”, Steve Carell has managed to produce successful careers both in television and the movies.  His movie credits include voice-overs in animated films.  His first TV stint was in the successful comedy series, The Dana Carvey Show in 1996 while his film debut was in the movie Curley Sue in 1991. 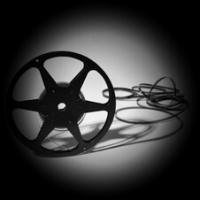 The Movie Blog:  What does make a good action movie?…..

Celebrific:  An injured Gwyneth Paltrow keeps her chin up

Cinematical:  Jeepers, someone hired Tim Allen in a movie again.  When will they ever learn?!

The Movie Blog:   Alleged video of the first day of shooting for Indiana Jones 4

Celebrific:    Cameron Diaz cheeses up for the paparazzi

Film Fodder:   Some suggestions for the Avengers, you agree?

The Movie Blog:  First images of Where the Wild Things Are

Celebrific:   Paris Hilton is free at long last, you can now go about your life

Cinematical:    A good list of celeb shorts to keep your eyes on

Cinematical:  Lionsgate getting ready for a sex addiction thriller