Another reboot is in the offing in Hollywood.

A script is currently being written for the planned reboot. Although the movie’s title wasn’t revealed yet, I’m guessing they’ll restart the franchise with the first novel, The Hunt for Red October.

If Pine accepts, he will be the fourth actor to assume the role of Ryan. Alec Baldwin starred in The Hunt for Red October. Then Harrison Ford assumed the role when Baldwin decided to do The Shadow instead of Patriot Games. The last actor to play Ryan was Ben Affleck.

I did a post on Taken last month and gave you a peek to what it’s about but was only able to see Taken the other night and found that, while it was pretty entertaining to watch, what it really impressed upon me is just how sick and selfish people can really be. Taken, not to be confused by the 2002 Taken alien flick which by the way I really liked, is the story of an ex-operative (Liam Neeson) whose teenage daughter is taken by Albanians dealing in the sex trade. The father goes on a killing rampage as he tries to find his daughter within the 96-hour window given to him before the chances of him never seeing her again goes bye bye.

The action sequences are cool with smarts and training factoring in to the character’s success. While the movie did show the horror of sex trade what’s really nice about the movie is that it didn’t get preachy and was realistic in the sense that the Liam Neeson’s character didn’t get too wrapped up with the issue (as horrible as it is!) especially after he got his daughter back. What I liked though was that he got to hurt those bad men pretty bad (I loved the torture he inflicted on Marco) because they deserved it! It does satisfy ones appetite for revenge.

You’ll love this film if you are into action films. And if not at least it will remind you once again why sex trade should be fought. As for girls like me it reminds me to be more careful when traveling!

Terminator Salvation isn’t set to come out till May but everyone’s already really excited about the movie thanks to director Manuel Balce Ceneta McG’s panel discussion during the movie trailer’s premiere at WonderCon last Saturday.

The movie is still very much in the works with some key elements still unsettled such as the appearance of Arnold Schwarzenegger and Linda Hamilton and what role their icon characters will take in the movie. What is settled though is that the movie will be more about the story than the action sequences. It goes back to the question of humanity and according to McG asks, “Where does humanity lie? If you have an artificial hip, or an artificial heart, you’re still human, right? Well, where does that line end up being drawn? We’re flirting with the point now to where it’s not necessarily science fiction anymore. It is a real issue and part of what this film does is explore that question.” This movie, as Anton Telchin (Kyle Reese) puts it “honors the legacy of those first two movies.”

I say great news for Terminator fans that were sorely disappointed with the last movie (Terminator 3: Rise of the Machines). Terminator Salvation is out to redeem the Terminator name and it seems like it’s going to do just that. 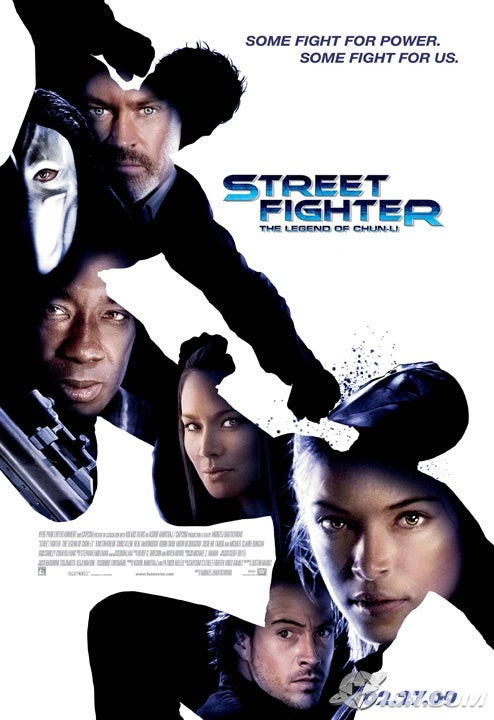 And indeed, it is going to be something totally new – at least if the rumor mill is to be believed. According to what’s been circulating on the grapevine, Tom Clancy’s character Jack Ryan is going to be revived but this time, with a different twist. In fact, some are saying that his character will be nothing like the Jack Ryan that we have all come to love.

For starters, the franchise has gotten a new writer in the person of Hossein Amini. Empire Online has this story:

Hossein Amini, who has written movies as diverse as The Four Feathers, the still-delayed Killshot and Shanghai, has been brought on board by producers Mace Neufeld and Lorenzo di Bonaventura with the brief to write a Ryan origin tale that will have little or nothing to do with Tom Clancy’s novels.

More than a new writer, we should expect a new actor to play the role of Jack Ryan:

The new movie will obviously involve a new Jack Ryan – the fourth after Alec Baldwin, Harrison Ford and Ben Affleck – and we reckon that Paramount will want to go with a big name. After all, while the Ryan franchise has been lucrative, it’s not a name that carries the instant appeal of a Batman or a Bond.

This point is what interests me most. Who can play the role effectively? I have to say that I am quite excited about a new Jack Ryan film – there is something about this character that appeals to me. However, off the top of my head, I cannot think of an actor that would match the character perfectly. Can you?