While many would argue that the issue is all about the films in question and not the marital affairs (or lack thereof) of the actors involved, there is no doubt that the two ideas cannot be separated in the case of Jennifer Aniston and Brad Pitt. These two had a highly publicized falling out when Brad Pitt wandered and ended up with Angelina Jolie. Jennifer Aniston was recently quoted as saying some not so happy things about the current couple.

At the end of the day, however, movie sales are what we are all about and it seems that Jennifer Aniston came out on top of this matter. The Christmas release of the two movies – Marley & Me and The Curious Case of Benjamin Button, the former Jen’s while the latter Brad’s – has proven to be an unpredictable race. As it turns out, Marley & Me grossed at $14.8M, around $3M more than Benjamin Button.

Well I would have to say that this is a great Christmas present for the actress, who, despite releasing amicable words about the “competition,” is certainly harboring some secret hope that she could one up her ex this time around. Yeah, I am probably going out on a limb here by writing that but hey, she is human after all and any human being would harbor a desire of that sort, right?

All I can say is congratulations to Jen on the success of her Christmas release! Same to Brad Pitt, I guess. 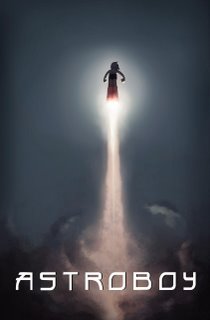 File this in the unconfirmed rumors department…

Travis Wright, one of the writers for the recently released Shia LaBeouf action thriller Eagle Eye, mentioned ata a Creative Screenwriting event that he, along with John Glenn, are currently developing the sequel to the seminal Ridley Scott Sci-fi classic Blade Runner. There are still no firm commitments from producers about the movie as the duo are still trying to make the Blade Runner rights holders that making a sequel will be a great idea.

I, for one, hope this really is just a rumor because a Blade Runner sequel is the worst idea in the world. Even worse than the ill-fated Gone With The Wind sequel.

Sacha Baron Cohen could either be one of the most subversive comic geniuses of our generation or he could just be a garden variety douchebag.

You can form your own opinion about the British comedian as he caused another fracas at the runway during Milan Fashion Week. Cohen barged into designer Agatha Ruiz de la Prada’s show and walked the runway as his alter ego Austrian model Bruno. Cohen was wearing a black cloak and underneath is this big pile of clothing. The police had to be called when he refused to leave the show.

Models reportedly screamed as security guards dived on Cohen in an attempt to secure him.

Cohen is currently filming his follow up to Borat, Bruno: Delicious Journeys Through America for the Purpose of Making Heterosexual Male.

Great news! The new Bond movie will be released earlier than expected. The movie “Quantum of Solace” will hit theaters on November 14.