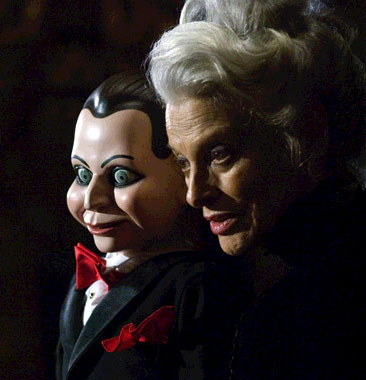 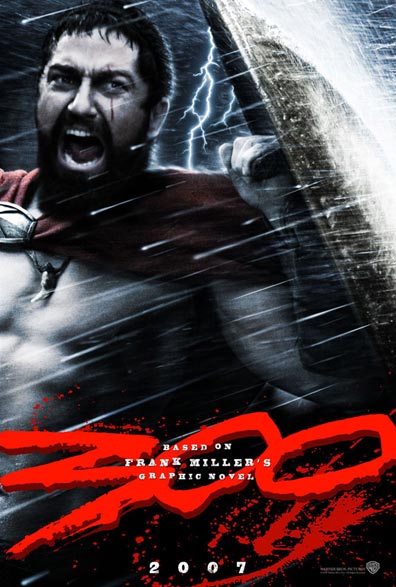 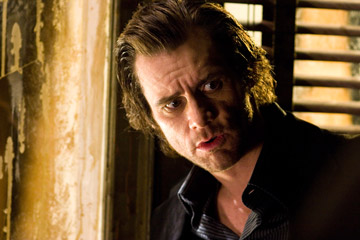 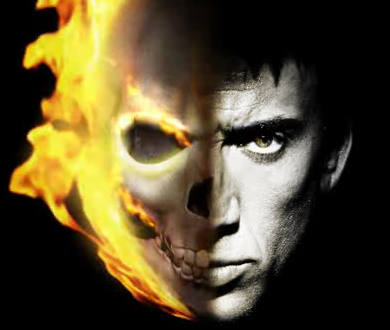 You know what’s funny?  I just heard about this new movie Ghost Rider that’s coming out this weekend in the movie theaters.  Ha!  You have to know I’m pulling your leg.  It’s not like the firey trailer has been promoted more times than I’ve heard the words ‘Anna Nicole Smith’ in the past two weeks.  Jeez, I feel like I’ve seen the movie already!

Well, if you’ve been living in your stinky sock drawer, Nicolas Cage’s Ghost Rider hits theaters this weekend.  Cage stars as a motorcycle stuntman who sold his soul to become the “supernatural agent of vengeance Ghost Rider.”  Wow, if that tag doesn’t get you into a theater, I’m not sure what will.

Also to hit movie screens this weekend are Breech starring Ryan Phillippe as a young FBI agent that must find some proof that his bossman (Chris Cooper) has been selling national secrets to the Soviet Union.

Bridge to Terabithia will also ride the movie tide as an 11-year-old boy makes friends with an outsider tomboy who together discover the magical & imaginary world of Terabithia.

Hugh Grant & Drew Barrymore’s new date movie Music and Lyrics will treat you to a romantic comedy focusing on a washed-up singer (Grant) who joins up with a lyricist (Barrymore) to try and take a stab at a comeback.

And last, but not least- well maybe least, Daddy’s Little Girls, hits the screen this weekend.  The film is about two worlds colliding when a lawyer finds love with a garage mechanic, a single father of three lovable daughters.  Sounds like heart-wrencher.

My advice:  Skip Ghost Rider ’cause you’ve basically already seen the whole thing already & head into Breech and see if you can’t figure out what’s truth & what’s not before it’s revealed. 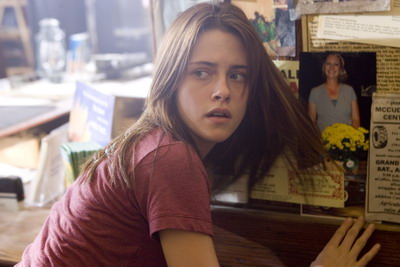 Well, it’s not a huge weekend for movie theaters.  This Friday we have Because I Said So & The Messengers.  Needless to say, it’s no  Smokin’ Aces type of weekend.

Because I Said So stars Diane Keaton & Mandy Moore.  Keaton takes on the role of an eager beaver mother who has good intentions in finding her daughter (Moore) Mr. Right.  So, more of a I-can’t-believe-my-girlfriend-wants-to-go-see-this kind of film, right?

I know you have seen the trailers for The Messengers, as they have rarely left my television screen.  The movie, with a not very starry cast, focuses on a family that moves into an old farm house & experiences ominous supernatural events.  Yawn.  We’ve seen this format of filmmaking too many times to count.

If you ask me, this is a stay-at-home-and-watch-Scrubs-reruns weekend.  Unless you wanna go back to the theater and see Pan’s Labyrinth again, I wouldn’t blame you.

You tell me- What movies do you plan on watching this weekend?