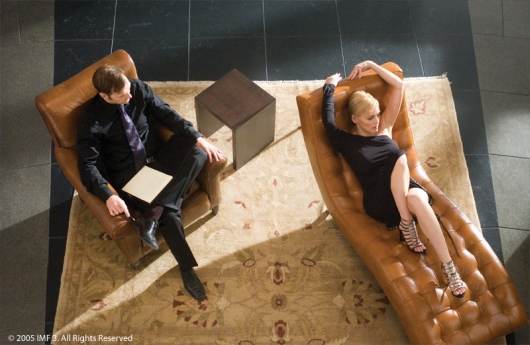 Well, it’s that time of year again, awards show season.  And with awards show season comes the best of the bunch, the Golden Raspberry Awards.  The 27th annual Razzies celebrate the worst in movies, so we’re sure to see a lot of Sharon Stone this year, right?

Sharon Stone’s Basic Instinct 2 would have been better left alone, as it is vying for the worst filmmaking Razzie this year.  It looks like Stone’s girly pillows need a little fluffing, if you know what I mean.  Basic Instinct achieved seven Raspberry nominations, tying with the Wayans brothers’ Little Man in the most nominations this year.

John Wilson, who heads the Razzies, called Stone’s film “a lascivious murder mystery that turned out to be a laugh riot,” & Little Man “a comedy nearly as devoid of laughs as Schindler’s List.”

Also up for grabs for the Worst Movie is  M. Night Shyamalan’s horrific fantasy Lady in the Water, The Wicker Man & BloodRayne.  There are five films competing in the new category, Worst Excuse for Family Entertainment, which are Deck The Halls, Garfield: a Tail of Two Kitties, R.V. , The Santa Clause 3: The Escape Clause & The Shaggy Dog.

Competing with Stone for Worst Actress are Hilary and Haylie Duff for Material Girls, Lindsay Lohan for Just My Luck, Kristanna Loken for BloodRayne & Jessica Simpson for Employee of the Month.

Well, that’s quite a roundup of Hollywood stars.  You tell me- Who deserves a Razzie the most?