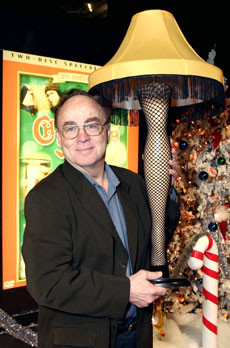 Some sad news this morning.  Bob Clark, director of the infamous holiday movie A Christmas Story, has been killed in a car crash.

The accident occurred Wednesday in Pacific Palisades, California.  67-year-old Clark & his 22-year-old son were both killed in the crash when their Infiniti collided with a sports utility vehicle at 2:30am.

It appears as if the driver of the SUV was under the influence of alcohol at the time of the fatal crash & will be booked for gross vehicular manslaughter, after he is released from the hospital.