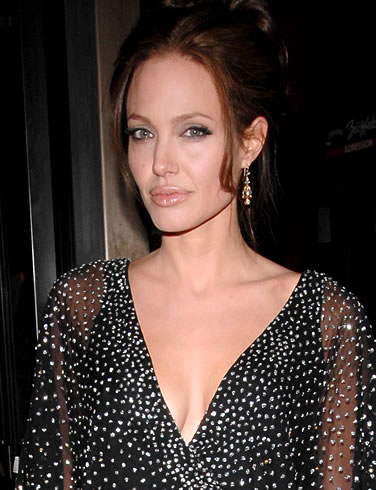 The Good Shepherd actress Angelina Jolie is taking a break from movies, so get it while you can.

The Hollywood star has decided to take a yearlong break so she can spend time with partner Brad Pitt, as well as with her three children.

Jolie reveals, “I’m working this summer. I’m in Prague for a few months, then I take two months off, then I work for two months. And then I take a year off.”

But confusingly, Jolie has already signed on to star in The Changeling as well as Ayn Rand’s Atlas Shrugged, which are both expected to be released in theaters next year.