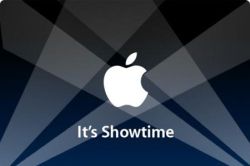 Apple always has something up its little sleeve & this time it’s a crowd pleaser.  Apple is currently in talks with Hollywood studios like Universal & Paramount for a movie rental deal that would be delivered through iTunes.

The proposed deal would cost about $2.00 for a 30-day rental which would only be available for that time period.

Reportedly, the service would include the option to transfer at least one copy to another media device like your iPod, but the films would of course be protected against multiple copying & distribution.