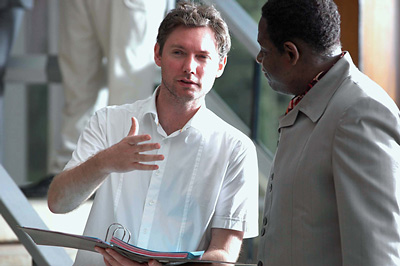 The Last King of Scotland director Kevin Macdonald will direct upcoming film State of Play.  The movie, which is based on a BBC miniseries from 2003, has already grabbed actor Brad Pitt for the role of a former campaign manager.

The movie is expected to start filming late this year & is rumored to be somewhat of a flop already.