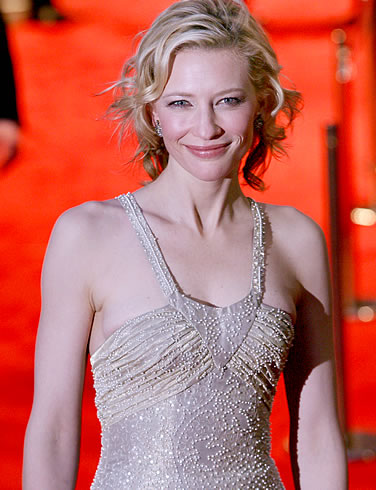 Actress Cate Blanchett is reportedly in Indiana Jones 4 movie negotiations.  If Blanchett is cast in the Steven Spielberg film, she will join Harrison Ford & Shia LaBeouf on the cast.

Currently it is unclear what part Blanchett would play, but we’re all pretty much assuming she’d be a Harrison love interest.

The storyline for Indiana Jones 4, penned by Spider-Man writer David Koepp, has been very well hidden & it is not yet known if Sean Connery will be reprising his role as Jones’ father.

Spielberg is returning to the Indiana Jones movies after nearly 20 years, the newest installment will start filming in late June in Los Angeles & will be released May 2008.