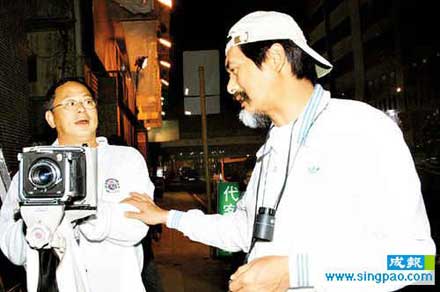 Actor Chow Yun-Fat has withdrawn from a John Woo-directed film.

Yun-Fat recently withdrew from Red Cliff, an historical Chinese epic, soon after shooting began.  Now rumors are circulating that Yun-Fat has forgotten his roots, as he starred in Woo’s 1986 film A Better Tomorrow.

The reason Chow is giving for dropping the film like a hot potato, is that he only just last week received the script & has not had the time to prepare for the role.  The film’s producers are, however, saying that’s a big lie & that Yun-Fat was being difficult to work with as he was making unreasonable demands.

I guess we’ll just have to wait & see what happens to ole Red Cliff now…..