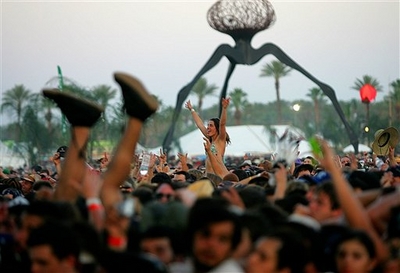 The music festival, which takes place in the California desert, turned into a Hollywood party when loads of A-listers started to show up to hear acts like Bjork, the Red Hot Chili Peppers & Jesus & Mary Chain.

Man, sounds like the place to have been this past weekend.  You could have started a movie, with all those celebs out there & even Danny DeVito being spotted by the end of it!