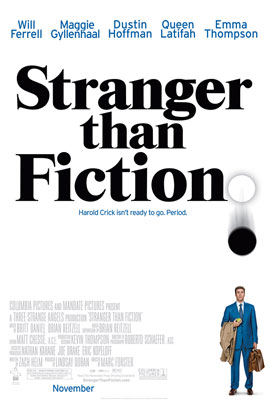 British actress Emma Thompson found that playing the role of troubled author Kay Eiffel in the new film Stranger Than Fiction was not a stretch, as she’s been down that depression road herself.

An Oscar-winning actress, Thompson said she has been very depressed in her life, like character Eiffel, and has “been there herself”.

Thompson reveals, “We’ve all done that – I’ve certainly been there, in various depressions, when you never was, and wear the same things all the time.”

“It’s the sort of depression that doesn’t necessarily make you want to kill yourself – you just don’t want to be, you want to switch it all off and stop.”

“That’s not the same as saying, ‘I’m going to kill myself.’ But it’s a feeling I do well.”

And that she does, as Stranger Than Fiction, which also stars Will Ferrell, is getting some rave reviews.

You tell me- What did you think of Stranger?