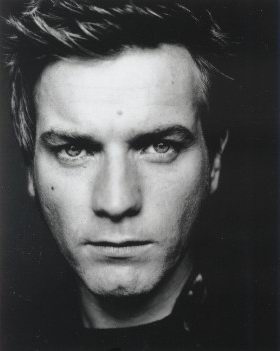 Well the scoop is in, Ewan McGregor is to play the part of rock legend Kurt Cobain in a movie about his life.  McGregor was hand-picked by Cobain’s widow Courtney Love to take on the role of the Nirvana frontman who killed himself back in 1994 at the young age of 27.

A source states,  “A number of actors have been talked about for the role but Ewan has emerged as the number one choice. Despite being 35, he looks young enough to play him.”

Love decided that it was time to tell Kurt’s story after she acquired the rights to the book “Heavier Than Heaven”, a biography written by Charles Cross.  While Courtney confirms the project, she says that it’s still in “an embryonic stage” and is still trying to find a home with a film studio.

On the fansite moonwashedrose.com, Courtney wrote, “It has no script and no director attached, but if the movie is made it will of course be an A list and high end film.”

If this movie gets a green light, it will be the first movie about Kurt Cobain’s life, his music & his relationship with Courtney Love.

You tell me- Is it about time for a Kurt Cobain movie, or could you have waited a little longer?  Do you agree with Courtney Love’s choice of Ewan McGregor to play the role of Cobain?