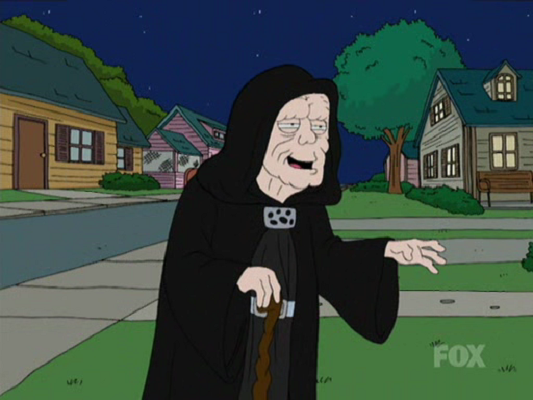 With the fifth season of “Family Guy” around the corner, you have a lot more to look forward to.  As the season premieres, we will be privy to an hour-long special in which the cartoon cast will retell the Star Wars saga, featuring Peter Griffin as Han Solo & baby Stewie as, you guessed it, Darth Vader.

The creator himself, George Lucas, has given the show his blessing, being a “Family Guy” fan himself.