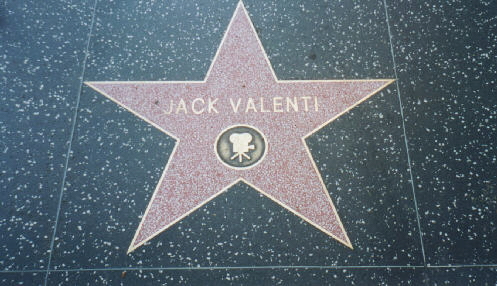 The father of movie ratings, lobbyist Jack Valenti, has died.  He was 85-years-old at the time of his death on Wednesday.

The former advisor to the President passed away at his D.C. home after suffering complications due to a stroke back in March.

With his own Hollywood Walk of Fame star, Valenti is credited with producing the modern film ratings system.

Close friend & director Steven Spielberg praises Valenti as a “giant voice of reason” &  “the greatest ambassador Hollywood has ever known.”

Jack Valenti is survived by his wife Mary, and their three children, Courtenay, John & Alexandra.