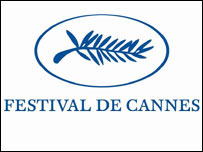 Over 30 film directors, including Ethan & Joel Coen, are set to deliver new short films to help celebrate the 60th anniversary of the Cannes Film Festival this spring.

Gilles Jacob, Cannes Film Festival director, made an announcement Tuesday saying that 35 directors from 25 countries have signed up to contribute in the anniversary project dubbed, To Each His Cinema.

Each of the 35 directors will produce a three-minute short about the theme of moviegoing.  The shorts submitted will be packaged into a single film to be released on May 20., during the 11-day Cannes festival.  Canadian filmmaker David Cronenberg has already filmed his short, taking the scene into a  restroom.

The directors themselves will not be in the know about what their colleagues have filmed, except we kinda know a little bit about Cronenberg’s already, until the actual May 20 debut.  How much you wanna bet that 35 filmmakers cannot keep a secret that long?!

“They all accepted to discover them at the same time as the festival-goers themselves,” Jacob stated.

Other scheduled filmmakers that are to create shorts are as follows:

Wow!  With this list of heavyweights it’ll be quite interesting what they come up with.  Can’t wait till that May 20 premiere!