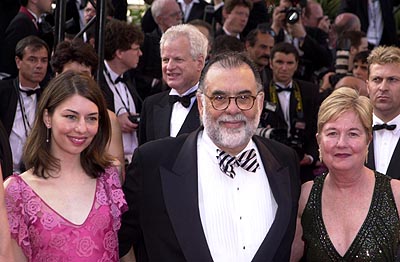 Apparently veteran filmmaker Francis Ford Coppola thinks highly of himself & his family.  And who wouldn’t with two accomplished directors in the family, several actors & a composer?

Tetro will be produced & directed by 67-year-old Coppola and will focus on his “very unusual family.”

Looking into his relatives, it looks like Coppola’s late father Carmine was a beloved composer, his sister Talia Shire is an actress, his nephews Nicolas Cage & Jason Schwartzman are both actors & his daughter Sofia is of course a respected director herself.

Coppola says of the project, “I think at this age, I’m more disposed to look at my life in terms of dramatic material.

“Maybe I’m less frightened or more confident about writing something that is fiction even though it has its basis in real things that I’ve seen and felt. Maybe it won’t offend anybody, I hope.”

I have to say, this Tetro sounds quite interesting.  I am hoping for many interviews with the actual family.

What about you- Would you see a movie about Francis Ford Coppola fascinating life & family?