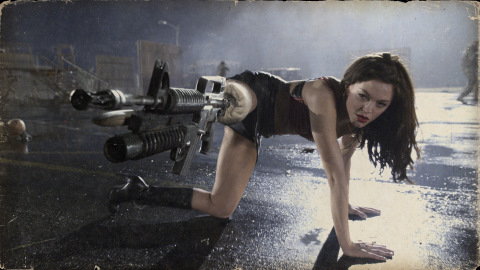 Will Ferrell & Jon Heder’s Blades of Glory remained at the top of the box office this weekend, with $23 million, closely followed by Disney’s Meet the Robinsons which came in at $17 million.

Double feature Grindhouse only brought in about $11.6 million over the holiday weekend, leaving film critics scratching their heads.

You tell me- What did you watch this weekend?