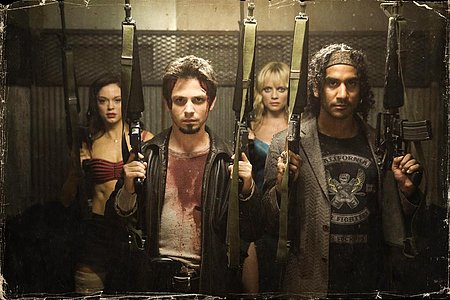 Grindhouse rather failed to woo movie goers in the States when it was released last month, so producers Harvey & Bob Weinstein are determined to do what they can to help their odds overseas.

Harvey states, “Based on U.S. audiences’ positive reactions to Quentin Tarantino’s Death Proof and Robert Rodriguez’s Planet Terror combined with their resistance to the three-hour running time, we’ve revised our UK release plans to allow audiences the chance to see the films separately, like they will be shown in all international territories.”

Quentin Tarantino’s Death Proof, which stars Kurt Russell, will be released in the UK on September 21, while Robert Rodriguez’s Planet Terror has yet to receive a release date.