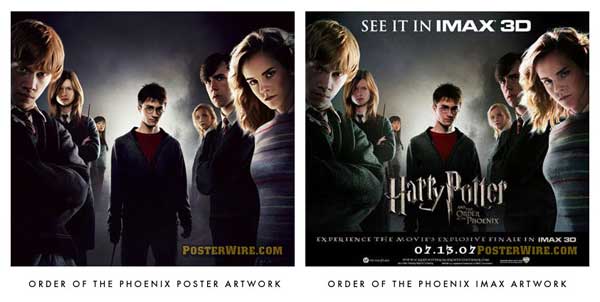 As if you really needed another reason to see this summer’s Harry Potter and the Order of the Phoenix movie in IMAX.

Apparently you have another reason, nonetheless, as Emma Watson’s (Hermione’s) boobs are bigger in the IMAX version, as you can see from these poster differences.