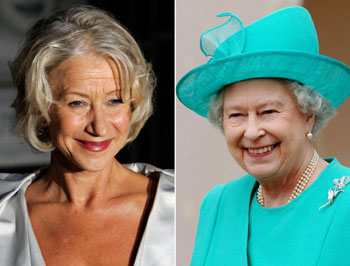 British actress Helen Mirren, who took on the role of the Queen of England in The Queen, has reportedly dissed the queen herself.

According to the royal palace Mirren was invited to dinner but was unable to accept.

Wow, someone doesn’t have time for a queen.  How does that happen?  Doing your roots, Mirren?