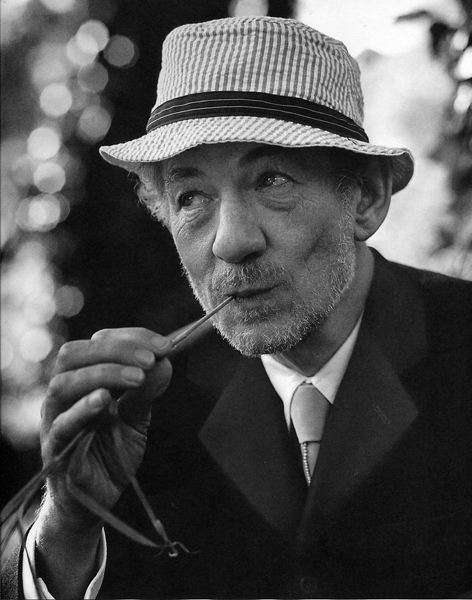 Sir Ian McKellen himself is lashing out at Hollywood film producers for apparently keeping folks in the closet.  I guess McKellen is referring to homosexuality & not that movie producers actually keep backup actors in closets…

The X-Men star revealed he was gay back in 1988 on British radio, and frankly no one was surprised.

Now the 67-year-old veteran actor is blaming the film industry for pressuring gays & lesbians to keep their sexuality a secret.

McKellen reveals, “With all that liberal attitude (in Hollywood), you have a local industry which is saying to local people who live in the area–‘When you come to work, you are not gay.’

“And I think to myself, ‘Can people whose minds work like that make good films? And if at the heart of Hollywood there is that lie, how many other lies are there?’

“And it’s the producers who have this problem–God knows what sort of people they are–who think that it’s impossible for you and me to fancy the same person.

“Well, what dull lives they must have.”