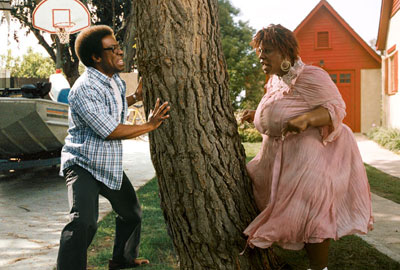 Good heavens, this weekend is better spent snowboarding in North Carolina than in the movie theaters if you ask me.

I have a pet peeve, I’ll admit it.  I was good with the first Hannibal Lecter movie, Silence of the Lambs & I could have just left it there.  But, no the movie execs saw potential for more Hannibal movies & we’ve been stuck with him ever since.  Which leads me to announce that the new film Hannibal Rising hits theaters this weekend.

The movie stars Gaspard Ulliel as the notorious serial killer Hannibal Lecter & focuses on how Lecter became one of the most gruesome killers in history.  I’m going to leave it up to you to let me know how this one works out.

And to make matters worse, as if that were possible, another fat suit Eddie Murphy movie comes out this weekend by the name of Norbit.  Norbit is somewhat of a geeky & vulnerable man who is forced to marry a terribly fat, evil woman because she had his back in school.  After marrying this vicious woman, Norbit finally meets the woman of his dreams and that’s when the mischief ensues, of course.

Another Eddie Murphy fat suit movie?  Hasn’t there been enough already?  I’ll tell you what you should do this weekend- consult Tuesday’s DVD releases & take to this house.