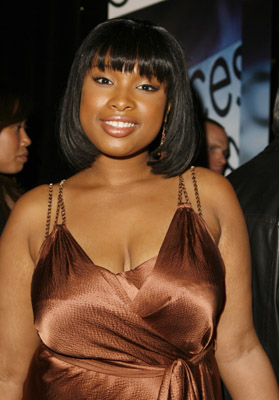 Wow, Jennifer Hudson is already up & coming, isn’t she?  After that Oscar win last month from her debut film Dreamgirls, it looks like the star cannot go wrong.

Hudson is the latest actress to be in talks to star in the upcoming drama Winged Creatures.   The film has already attracted such stars as Forest Whitaker, Jackie Earle Haley, Kate Beckinsale, Guy Pearce & Dakota Fanning.

The film, which focuses on a group of individuals who witnessed a murder-suicide in a fast food restaurant, has been quite a hot deal in Hollywood of late.  It seems like everyone & their brother want to be a part of this project.  And now with Hudson in talks to take on a role in the film, who knows who else could be slated.  Maybe a Clay Aiken cameo?  Let’s hope not, eh?