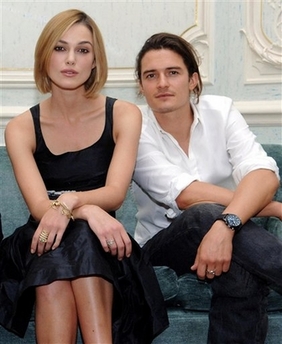 Hollywood actress Keira Knightley is apparently “relieved” to be moving on from her latest performance as Elizabeth Swann in Pirates of the Caribbean: World’s End.

“This is such a relief. Not that I don’t enjoy all that Pirates stuff, but it’s not about my character–it’s about Johnny (Depp)’s character. It’s not focusing on emotional turmoil. It’s been great just to get my brain engaged,” Knightley stated.

The third installment of Pirates hit U.S. movie theaters this weekend with quite a buzz, despite overall negative reviews.

British actress Knightley is now excited to be taking on her latest role in the film Atonement where she will play alongside James McAvoy.