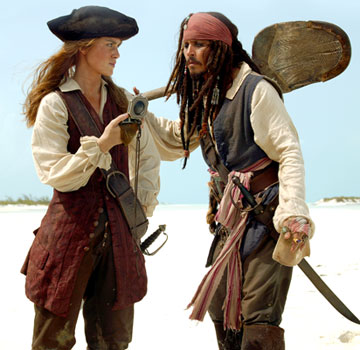 British actress & Pirates of the Caribbean star Keira Knightley says she’s just about finished with being a celebrity & may give up acting yet.

Knightley scares us all by saying, “The celebrity thing’s completely crazy. I think I just have to move away or give it up altogether.

“I couldn’t have kids in the situation I’m in now. But I could just do something else.

“That’s probably what’s going to happen. I made a decision very recently that I want a life instead.”

We’re all hoping that Keira changes her mind…..