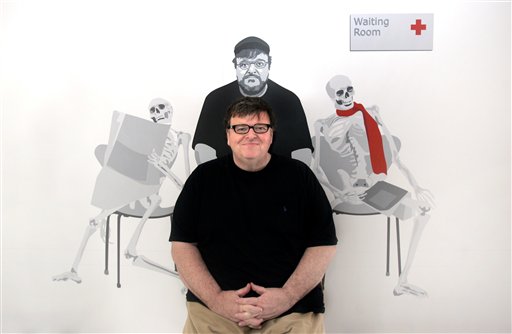 The always controversial director Michael Moore is accusing the United States government of harassment following an in-depth investigation by the Treasury Department regarding a visit Moore made to Cuba.

Director Moore recently made a trip to Cuba in order to shoot scenes for his upcoming film “Sicko”, a movie about the United States’ health care, or lack thereof.  The documentary director brought along several men & women who had assisted him in the clean-up after September 11th to the Communist nation so that they may receive medical treatment for ailments they had suffered since that time.

As we all know well & good, Cuba is currently under a trade embargo & only a handful of U.S. citizens are allowed to visit the island.  Last month the U.S. Treasury Department’s Office of Foreign Assets Control began an investigation into Moore’s trip which the director is naming as harassment.

Last month, the U.S. Treasury Department’s Office of Foreign Assets Control started an investigation into Moore’s Cuba trip, which appears in Sicko, exposing the flaws of the U.S. healthcare system.  While “Sicko” is scheduled to be released next month, it will be interesting to see what other snags this film runs in to.