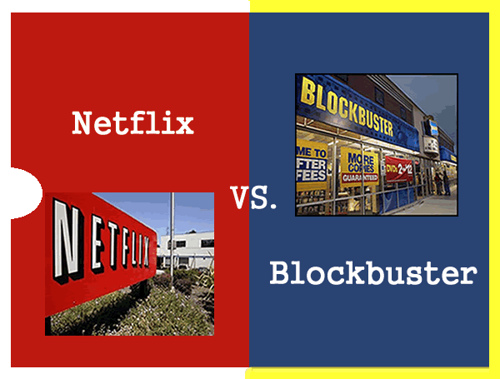 Let’s face it, Blockbuster seems to be winning the war on movie rentals over competitor Netflix.  With their newly vamped-up home delivery service as well as the option to turn in rented DVDs at your local store & immediately rent more, Blockbuster has the edge which has left Netflix scratching its head as to what the next move should be.

And now we have their answer.  Late Monday Netflix revealed a new feature, the ability to watch movies & TV shows immediately on their personal computers.  This new feature is in the works & expected to be available to subscribers in the next six months at no additional cost.

This new Netflix plan will use real-time playback technology that allows videos to be viewed at the same time it is being delivered to a subscriber’s PC.  In the beginning, only about 1,00o titles will be available using this handy dandy feature, but as time develops the movie titles will widen.

Well, it’s a plan, even if it is a rather weak one in comparison to Blockbuster’s sweet deals.  But you tell me- What does the future hold for these two companies?  Do you prefer Blockbuster of Netflix for your gaming & DVD rentals?