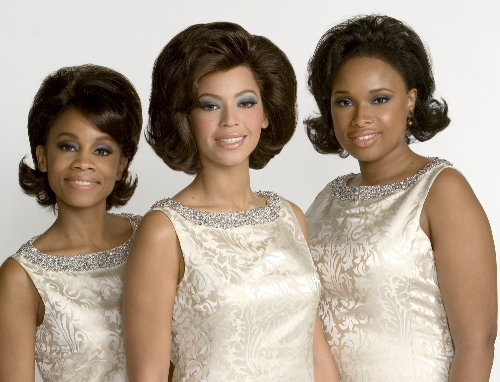 Pop diva Beyonce Knowles was apparently desperate to land the lead role of Effie in the new movie Dreamgirls, but had to take the smaller role of Deena Jones, as director Bill Condon was convinced that the singer couldn’t act.  Ummm, didn’t he see Austin Power’s Goldmember?  I mean, duh!  Despite many attempts to impress Condon, the lead went instead to newcomer Jennifer Hudson.

Knowles insisted that she didn’t mind taking the smaller Deena role, saying, “I’m already a star. I already have nine Grammys. Everyone knows I can sing.

“I did this because I wanted people to know that I can act and I can play someone so different from myself.”

Knowles admits that she would have gained the 20 pounds to play Effie, so she could sing the jazzy number, “And I Am Telling You I’m Not Going.”  Instead, she had to loose weight in order to take on the role of Deena Jones.

Beyone explains, “I wish I could have gained 20 pounds and played Effie. I absolutely would have, but Bill didn’t even believe that I could be Deena. So imagine if I would’ve said, ‘Bill, I want to be Effie.’

But Knowles gave her co-star props, saying, “Jennifer Hudson had such pressure. First of all, never being in a film and never having done an album and still having to live up to those expectations, she did incredible.”

Did anyone else detect a little tension there?  Well, maybe Beyonce (& Jay-Z) will have a little less stress after this weekend’s little “party“.