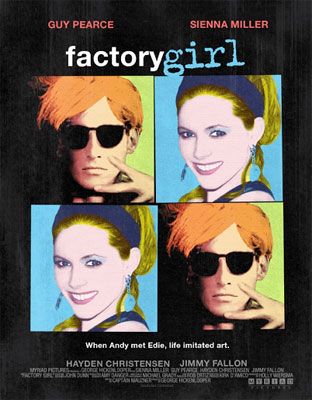 Bob Dylan is doing a little bit more than just singing the blues these days.  Dylan is actively seeking that Sienna Miller’s new movie Factory Girl be banned due to what he claims is defamation of character.

Reportedly the film’s character Danny Quinn is suppose to be Bob Dylan.  In the movie Quinn is apparently responsible for driving a young woman to suicide by Quinn ending their relationship.

Dylan’s lawyer Orin Snyder stated to the filmmakers, “You appear to be laboring under the misunderstanding that merely changing the name of a character or making him a purported fictional composite will immunize you from suit. That is not so. Even though Mr. Dylan’s name is not used, the portrayal remains both defamatory and a violation of Mr. Dylan’s right of publicity. Until we are given an opportunity to view the film, we hereby demand that all distribution and screenings… immediately be ceased.”

Wow.  Now, that’s a lot to ask of Hollywood, Mr. Dylan.  I wonder what’s to come of this news…

You tell me- Does Bob Dylan have a leg to stand on in this legal action to halt the movie Factory Girl?