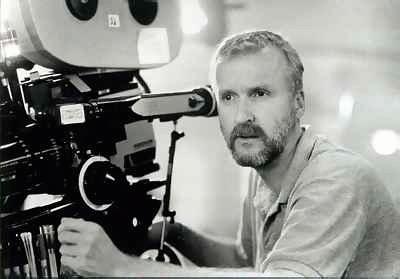 Writer/director Cameron will begin the virtual photography portion of Avatar in April, ahead of a summer 2009 release.  The film will be shot in a new digital 3-D format, so get those old glasses out & dusted.

James is highly anticipating the release of Avatar, a project he has spent years researching.  “I’ve been the busiest unemployed director in Hollywood,” the Titanic director stated.

“We’re going to blow you to the back wall of the theater in a way you haven’t seen for a long time. My goal is to rekindle those amazing mystical moments my generation felt when we first saw 2001: A Space Odyssey, or the next generation’s Star Wars. It took me 10 years to find something hard enough to be interesting.”

Cameron is anxious not to repeat his overspending from Titanic, saying, “We are shooting only 31 days of live action, all onstage. It’s controllable. No weather conditions. No water on this one,” he said. “When you come back to the table years later to make a movie of a certain scale, you want to make sure you cross all the t’s and dot all the i’s. We’re 2 1/2 years out, and we’ve already shot 10 minutes of the film. The FX guys are working, the characters are designed, animators are already working.”

Wow, I dunno if I can wait for a 2009 release!  Cameron’s getting me anxious with all this FX talk!

You tell me- Is Cameron’s Avatar going to blow our socks off?