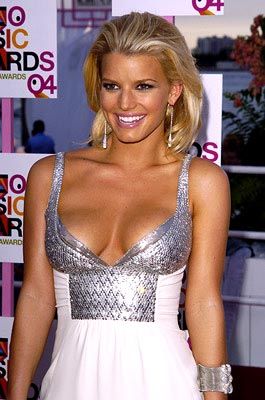 Poor Jessica Simpson, things just seem to be going south for the young singer / actress.  Simpson has made new this week due to not being able to remember her lines on the set of Blonde Ambition, which is rather ironic, given the title.

Jessica is now having to having her lines for the movie fed to her by microphone.  A source revealed this news, saying, “After the seventh take on the shoot, the director hid a microphone in her ear so a crew member could feed her lines. Everyone was embarrassed for her, but she laughed it off, saying, ‘I’m sorry everyone. I’m sorry.'”

The insider went on to say that co-star Luke Wilson consoled the poor girl, “Luke patted Jessica on the back and told her it would be OK.”

In the under production film, Jessica takes on the role of a woman taking on the male-dominated business world.  Hopefully Jess can remember her lines in the future so we might finally be able to see this film, or not.