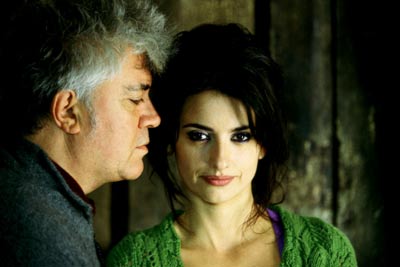 This year the Screen Actors Guild (SAG) has picked a wide range of movies for film nominations.  SAG nominations & wins always give us a good idea of who will win the coveted Academy Awards.

The nominations for Best Actor went to Forest Whitaker for his role in The Last King of Scotland; to Will Smith in her breathtaking role in The Pursuit of Happyness; to Leonardo DiCaprio in his role as diamond smuggler in Blood Diamond; to Peter O’Toole for his role of an older gentleman smitten with a younger woman in Venus; and lastly to Ryan Gosling for his school teacher role in the movie Half Nelson.

Best Actress nominations went to Helen Mirren in The Queen; Judi Dench for her school teacher role in Notes on a Scandal; Kate Winslet in Little Children; Penelope Cruz for her role in Volver & Meryl Streep as a wicked magazine editor in the highly-acclaimed The Devil Wears Prada.

I don’t know about you, but I’m rooting for sexy Penelope Cruz & good ole Will Smith.

The SAG award winners are set to be named January 28 at a Los Angeles ceremony, with the Academy Awards following February 25.