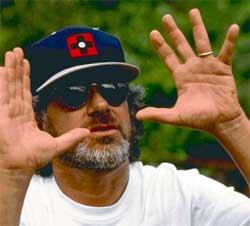 After last year’s success with the “Into the West” series, TNT is getting into bed with director Steven Spielberg once again.  Steven is teaming up with TNT to bring Stephen King’s & Peter Straub’s novel The Talisman into a TV movie series.

TNT have a green light to the six-hour installment project, and don’t you know that Stephen King is peeing in his pants to work with the other Steven.  The series is set to premiere in summer 2008, so get ready for a long wait, folks.  Save that enthusiasm for a while longer yet, eh?

So, you tell me- Is bringing The Talisman into a TV movie series a good idea?