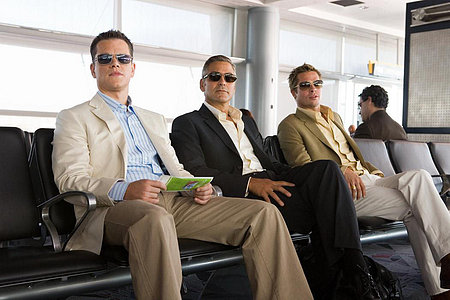 Director Steven Soderbergh brings us the new installment of the Ocean’s films with the usual faces, adding Ellen Barkin & some guy named Al Pacino to the mix.

The PG-13 film should be able to boot Pirates from being the current box office king, though if Catherine Zeta-Jones had signed on for the remake, I would have been able to guarantee it.