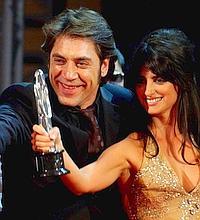 Both actors are expected to start shooting Allen’s newest project in Barcelona starting July.  My, that’s going to be a hot one!

As with all other Allen films, the title as well as the screenplay details have been kept secret, although I doubt we know something more before too terribly long.

One tid bit that has been revealed, however, is that the film will be shot in both Spanish & English as the movie focuses on a series of “love entanglements.”  The project will see Cruz & Bardem reunited, as the duo hit the 1992 screens with the Spanish film Jamon, Jamon.